Branch County was a primeval wilderness little more than one hundred fifty years ago, inhabited only by the Potawatomie Indians. 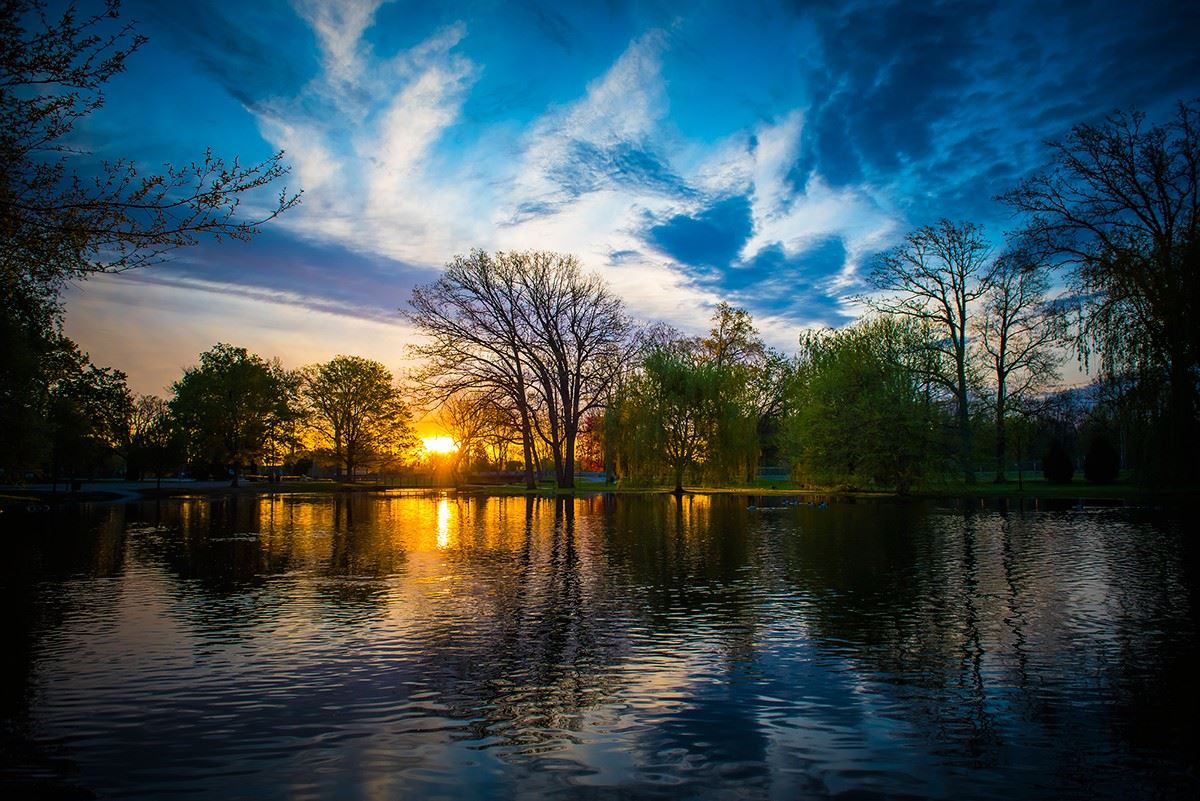 While it is true that there were trading posts within the limits of what's now Branch County as early as 1825, the first actual white settler appears to have been Jabe Bronson, who made his home in 1828 in the locality now bearing his name - Bronson. It should be borne in mind that the entire population of Michigan in 1820 was less than 9,000, and not much more in 1828.

However, the old Indian trail between Detroit and Chicago (now the Chicago Road or U.S. 12) saw great numbers of pioneers passing this way, bound for Illinois and other parts of what was then the "far west." The presence of the Indians deterred many who would otherwise have settled here.


It was in the year 1821 that Chief Topinabee and his people sold to the whites what is now the County of Branch and a vast area besides, though they still continued to occupy it as before, supposedly on reservations. One reservation was a tract six miles square, called Mikkesawbee, and located in parts of the present Quincy and Coldwater Townships. But the Native Americans roamed everywhere, to hunt and fish as they chose, in what seemed to them a paradise, for the woods abounded in deer, wild turkeys, pigeons, squirrels, and other varieties of game. While the many lakes and streams swarmed with the finest fish, and walnuts, butternuts, hickory nuts, hazelnuts and numerous berries were to be had in great abundance for the gathering. The deed conveying this goodly land to the government was signed by Topinabee followed by Wawenickamack, Mayonchee, Atchwemuckquee and numerous braves then prominent in the councils and affairs of the Potawatomies.

There were quite a number of beautiful prairies, notably at Coldwater, Bronson, and Girard, but the great bulk of this region was covered with splendid forests of many types of trees including:
Untold millions of lumber feet of these trees were cut by the early settlers, piled in log heaps and burned in order to clear the land. Many streams wandered through the forests, and there were some ninety lakes, large and small, in what is now Branch County.


In the year 1829 Branch County was laid out and so named by the Territorial Legislature of Michigan. It was first attached to Lenawee County and later to St. Joseph for judicial purposes. The name was given in honor of John Branch of North Carolina, Secretary of the Navy in President Jackson's cabinet at that time. 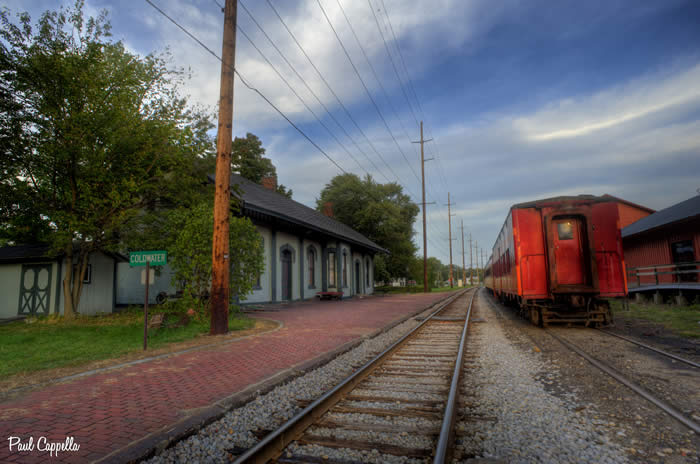 The year 1830 saw little hamlets spring up at Coldwater and Bronson, while a tavern was established at Quincy - all on the Chicago Road. Due to the lack of highways, the settlements at the junction of the Coldwater and St. Joseph Rivers (Union City) and on the former stream at Hodunk were made several years later, although Girard Prairie had a few white settlers soon after Coldwater's inception. Both Coldwater and Girard had quite pretentious Indian villages when the white man came.

From this time on, settlement proceeded rapidly, as shown by the fact that Michigan's population increased from 31,639 in 1830 to 212,267 in 1840. But, Branch County's early "boom" did not come until the Potawatomies were removed to Kansas in 1840. Further impetus was also given by the building of the Michigan Southern and Northern Indiana Railroad across the county in 1850.


The county seat was first at Masonville, on the east bank of the river, in the west part of the present city of Coldwater, but was soon transferred to the ambitious village of Branch, which held that honor from 1831 to 1842, when Coldwater won the coveted plum after an exciting and most memorable contest.


The County of Branch now has two incorporated cities. Coldwater and Bronson, also three incorporated villages: Quincy, Sherwood, and Union City. Each has its own industries and sources of wealth and prosperity, by no means the least of which is the splendid agricultural country adjoining. The communities of Batavia, Girard, and Kinderhook are not incorporated; and to these may be added several smaller hamlets about the county. 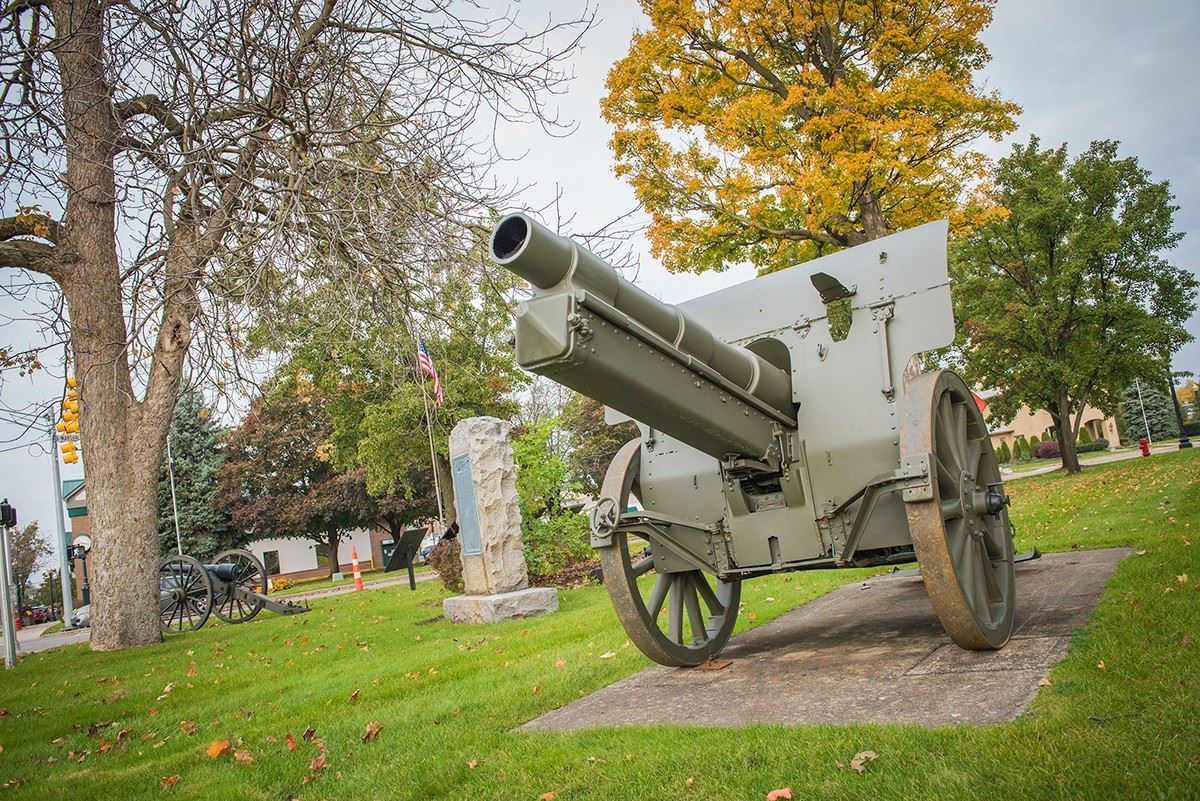 
Branch County citizens were deprived of their venerable old Courthouse in 1972 when a disastrous fire destroyed the building on the night of December 5th. The fire gutted the second floor, and much water damage resulted to the lower floors. The extent of the damage required that a new building be constructed as it was not economical to restore the historic old building which was built in 1887 at a cost of $50,000.
After the initial shock of relocating the many county offices in various parts of the City of Coldwater, the Coldwater State Home and Training School (now the Lakeland and Florence Crane Correctional Facilities) provided one of the buildings on their grounds as a temporary courthouse. Although the space was cramped, the business of the county continued while the Board of Commissioners planned for a new courthouse.

After almost three years in temporary quarters, a new courthouse was finished and stands on the site of the old building. January 1976 was moving month, and the dedication took place in March of that year. A time capsule was placed in a "cornerstone" in the west wall, three feet north of the main entrance, and five feet above the floor, and many mementos, past and present, were sealed therein.

The new courthouse was built at a cost of $1.9 million, being paid for by a bond issue voted by the people of the county.

The well-known clock tower on the old courthouse was sorely missed by the citizens of the county. Due to the effort of a group of volunteer citizens, a new Clock Tower, situated on the southwest comer of the current courthouse grounds, was dedicated on July 30, 1988. The original bell and clock from the first clock tower were restored for use in the new tower. The project was completely funded by donations of time, talents, and money from the citizens of Branch County.